The Prebendal School in Chichester has today joined the Alpha Schools Group, a leading education group with another sixteen independent schools across the country under its wing.

The Very Reverend Stephen Waine, Chair of Governors at The Prebendal explains:
“As we approach the 900th Anniversary of our school, the Governors are delighted to have secured an exciting future by becoming part of the impressive Alpha Schools group. This will ensure that the school has the support and security needed to flourish – especially in such challenging times.

Alpha Schools was founded in 2003 by Mr Ali Khan and has grown to be one of the largest operators of Independent Schools in the UK. With over a decade of Headship behind him, Mr Khan is very familiar with the day-to-day experience of running a school and has blended this practical experience with business acumen to develop a collection of impressive schools:

“Whenever I visit a school for the first time, I am convinced that you instinctively ‘feel’ its pedigree. This holds particularly true of The Prebendal. During each of my visits, the atmosphere has told me this is both a familiar and special place. It doesn’t feel unnecessarily weighed-down by its considerable history; it feels full of purposeful learning and – of course – music. I feel privileged to be involved with its future.

Head, Louise Salmond-Smith, said "Many small schools in the independent sector have been battling over the last years and the pandemic has unfortunately dealt some of them a knock-out blow. And so it is with a good deal of relief that our reputation, which has seen us through thus far, is now enhanced with the backing of a major player in the independent sector. I thoroughly look forward to driving the school forward into the anniversary year and beyond.” 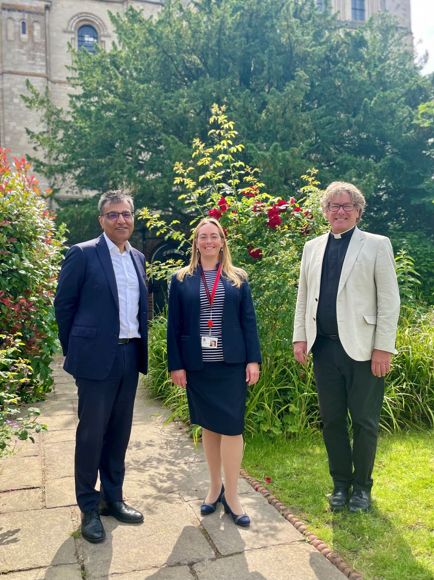