The Prebendal Associates is a thriving network of former pupils, former parents, former members of staff, former Governors and friends of the School.

We keep in touch regularly with our Associates via email, sending out e-newsletters and hosting Reunions and other Associate events. We are always trying to make sure our Associates database is up-to-date so if you are a former member of the School in some capacity and you don’t receive emails from the Associates and would like to, please get in touch by emailing associates@prebendalschool.org.uk.

If you are a former pupil or former parent and would like to take a trip down memory lane, please book in for a tour of the School by contacting us either via email or calling us on 01243 520974. If you were a Chorister, you may also like to take a look at our page for The Chichester Cathedral Choristers’ Association (CCCA).

"It was truly wonderful to wander around rekindling all the old memories. It was great to see how the School has advanced in the intervening years, but also most pleasing to see that not everything has changed, and the 'feel and character' of those wonderful old buildings still seems very much the same."
Former Pupil, David Owen

Edward Titchener (1867-1927)
Psychologist who developed the theory of structuralism 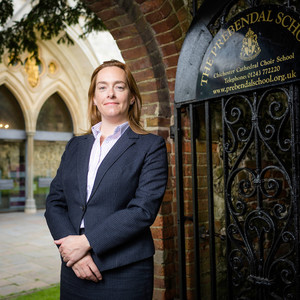 The Prebendal offers small classes, musical excellence and a city location in the heart of Chichester. And, don't forget our range of scholarships and bursaries, as well as our comprehensive wraparound care...
Read More